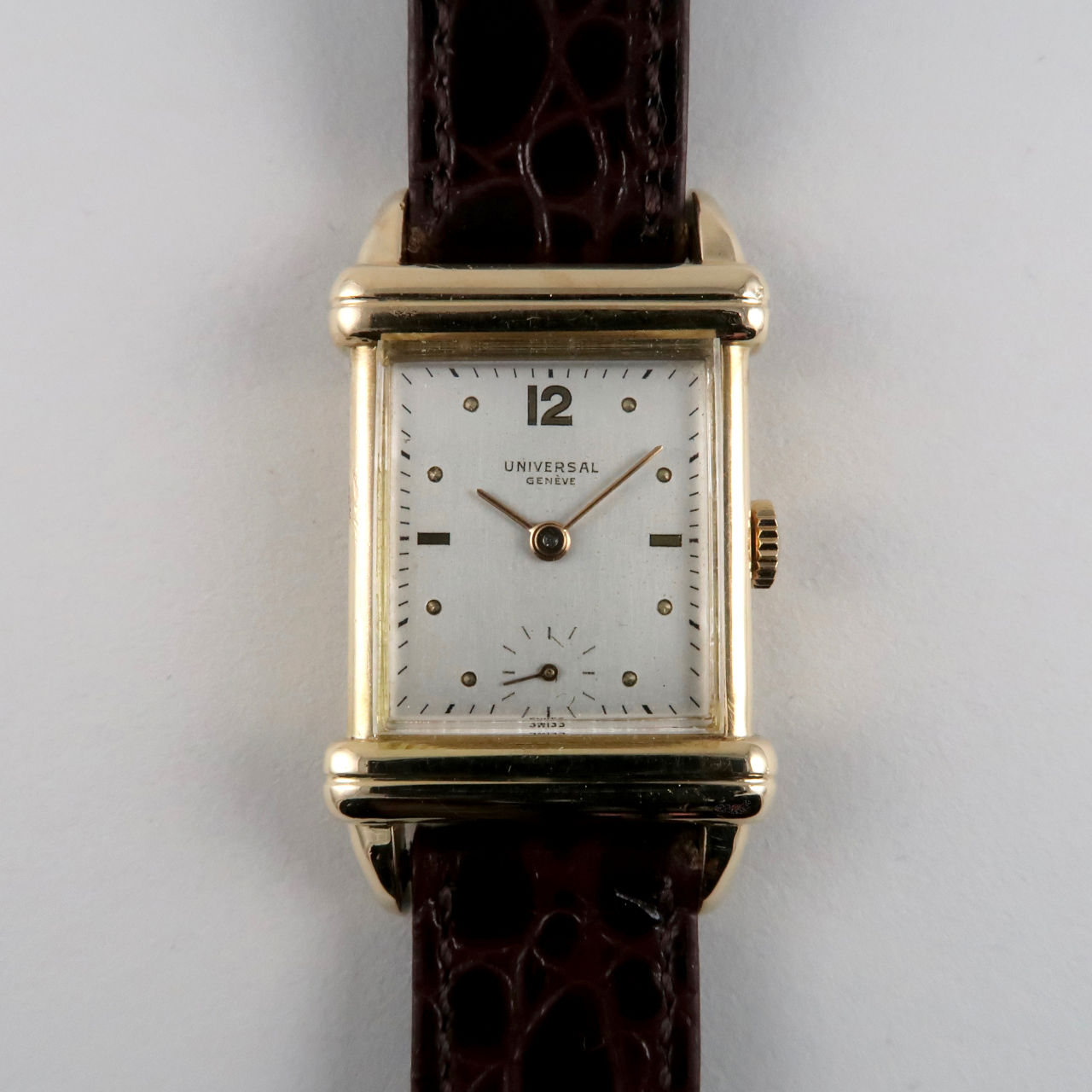 This week’s update opens with a rare and beautiful wristwatch by Universal. The 1940s and 1950s saw some of the most attractive and unusual rectangular case designs appear on the market. This model has an 18ct yellow gold case with wonderful detailing to either end of the case. The silvered dial has a combination of gold foil Arabic numerals and recessed gilded dots. 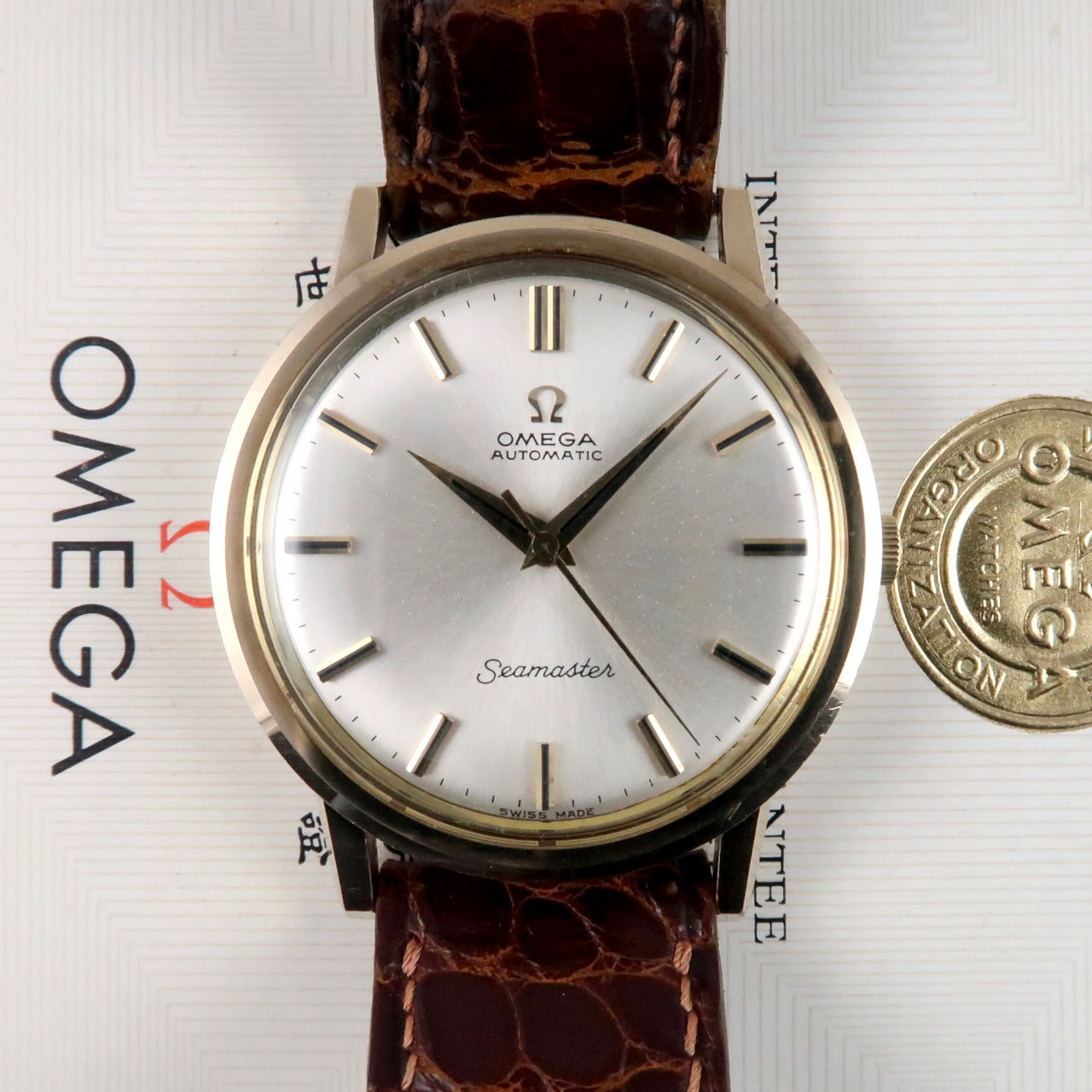 A great example of a solid gold cased Seamaster, this watch is complete with its original guarantee booklet and inner and outer presentation boxes. The watch is also fitted to the original alligator Omega strap with 9ct gold Omega pin buckle which is hallmarked for the same year as the watch. In unpolished condition, the case retains excellent definition to the multiple facets of the lugs, the chamfer of the bezel and the embossed Seamaster logo to the screw-down gold case back. There are some scuffs and scratches to the case and at the perimeter of the case back there is a light but visible scratch engraving of what appears to be a stock numbering. 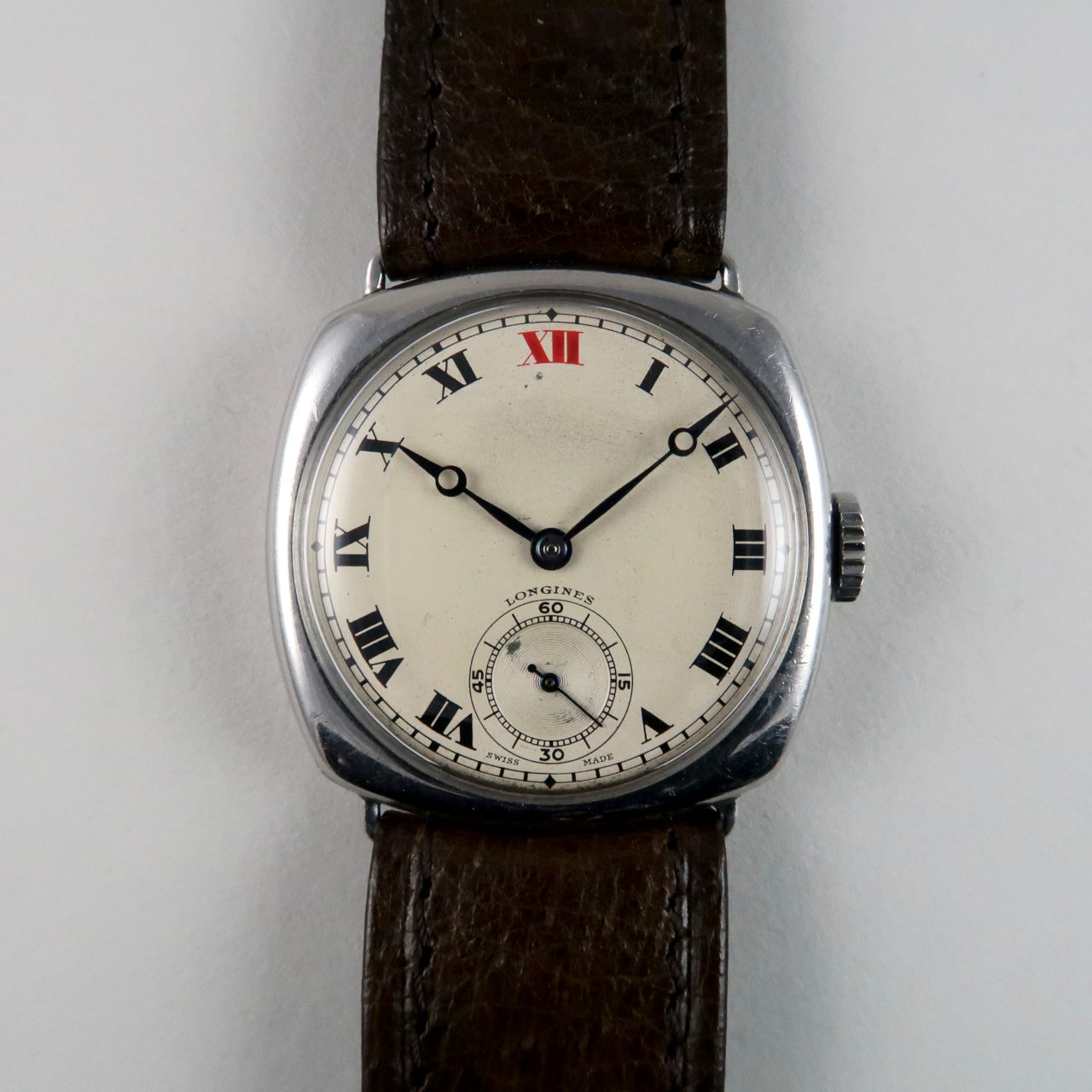 Cushion-form cases were one of the first ‘shaped’ designs to appear on the market after the mainstream introduction of the wristwatch in the 1910s and become especially popular during the 1920s and 1930s. The 12 o’clock numeral is painted in red, a feature adopted by early wristwatch dial manufacturers to act as a quick reminder of its position – this was due to the fact that on open-faced pocket watches, the 12 o’clock position was usually located beneath the winding crown, i.e. the 3 o’clock position on a wristwatch dial.  Also notable is the position of the Longines signature which is curved and appears just above the subsidiary seconds dial – this was a deliberate design element and allowed space at the top of the dial for the retailer of the watch to, if desired, place their own name. 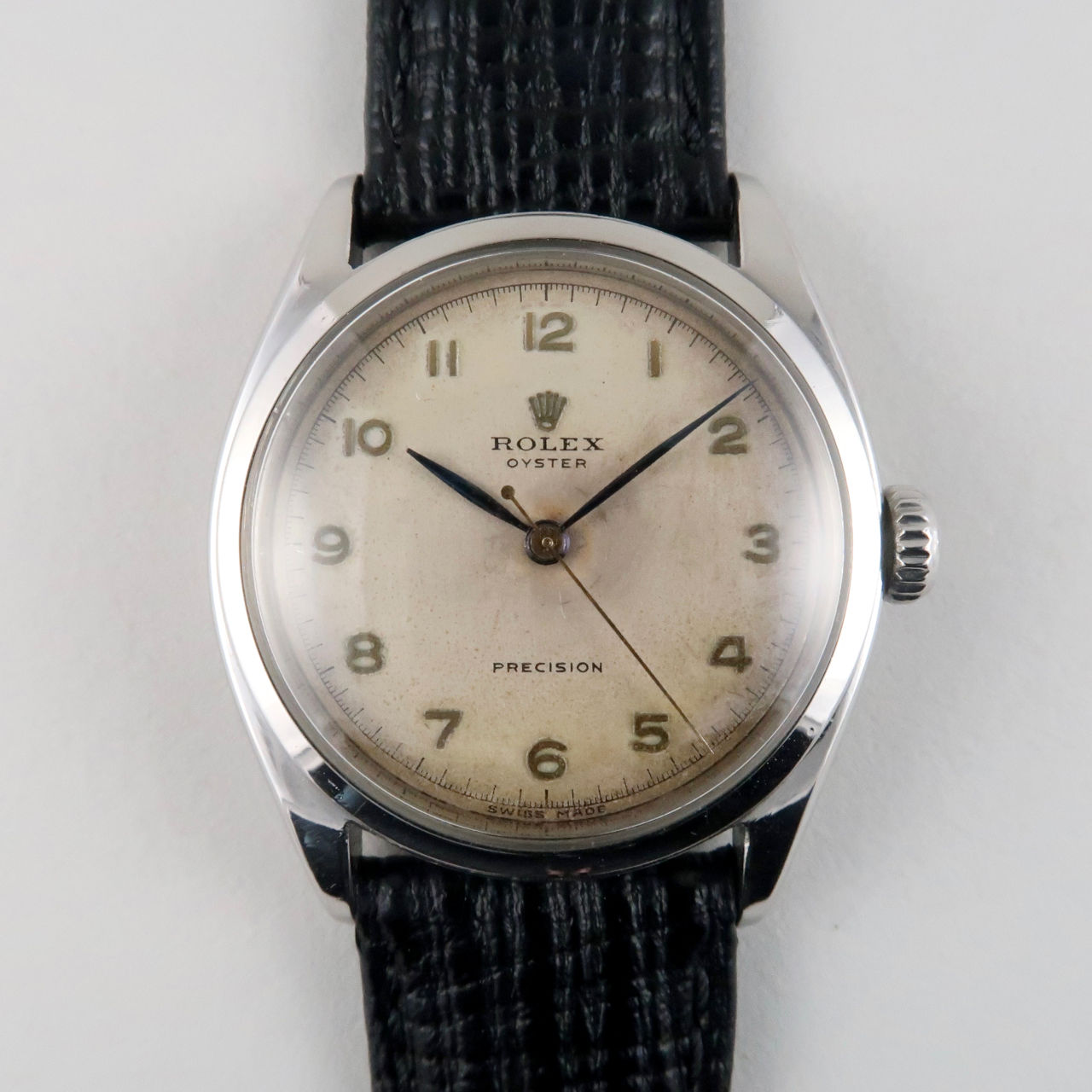 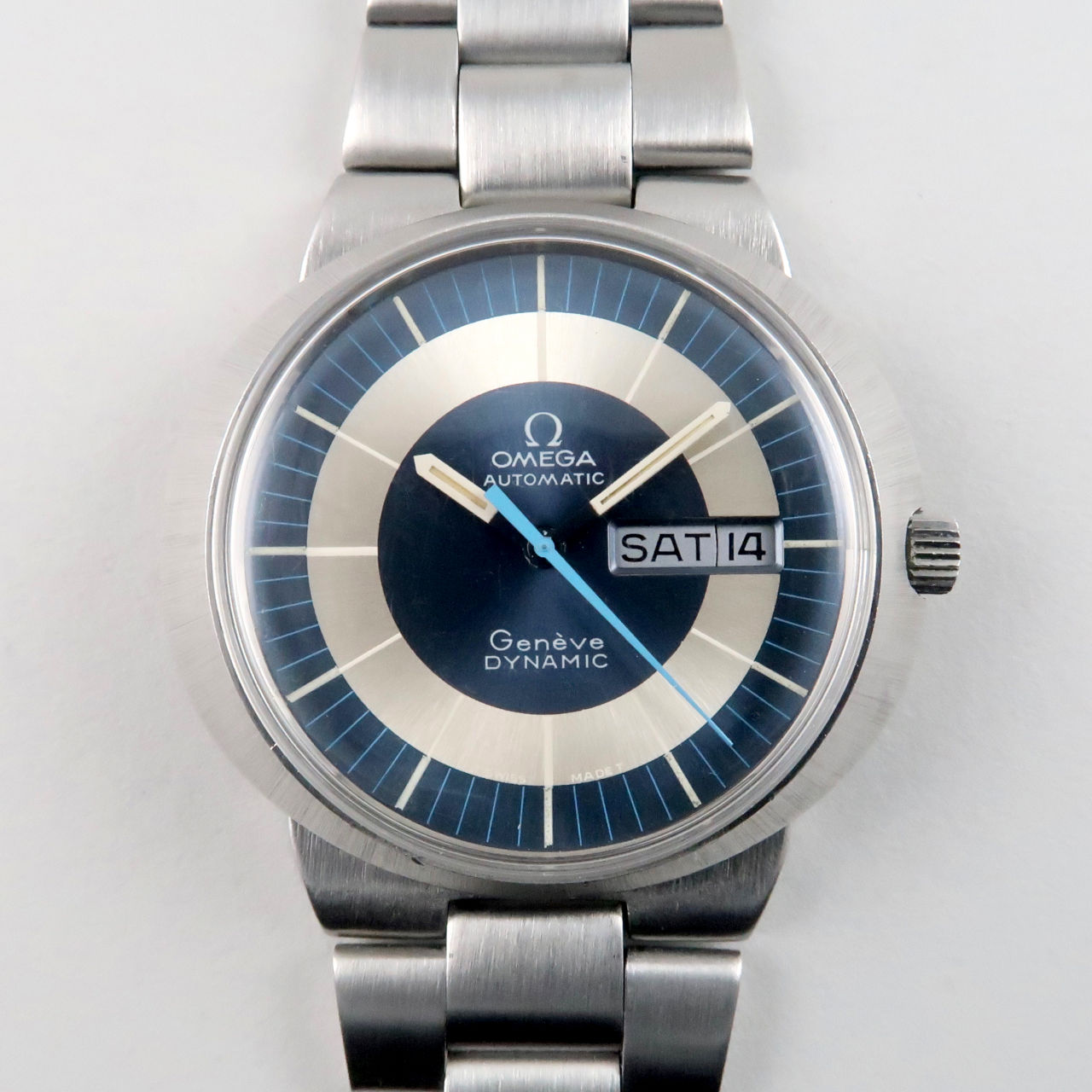 The Omega Dynamic was produced in a variety of styles, including manual and automatic, date and non-date versions. The automatic Dynamic with day and date indication appears far less frequently than standard versions of the model and this example has a particularly stylish two-tone dial with satin finished mid-blue and silvered rings. 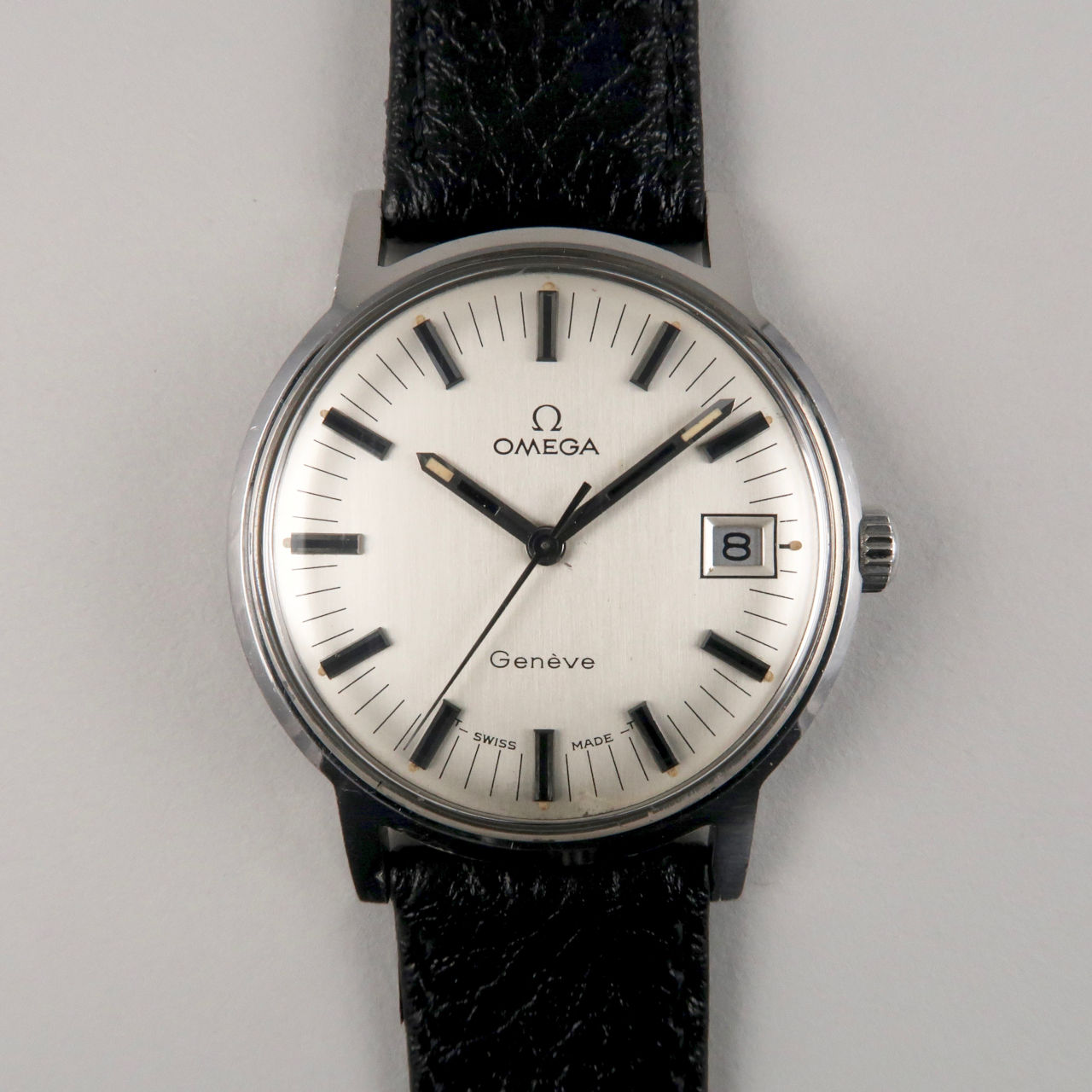 A classic manual Omega wristwatch, the Ref. 136.070 was released in 1970. This example of the model has a silvered dial with unusual, elongated markers for the minutes/seconds. The calibre 613 movement has provision for quick date change – whilst the date will change each day at midnight, it can be manually advanced by pulling the crown out to its second position, this action automatically advances the date forwards. 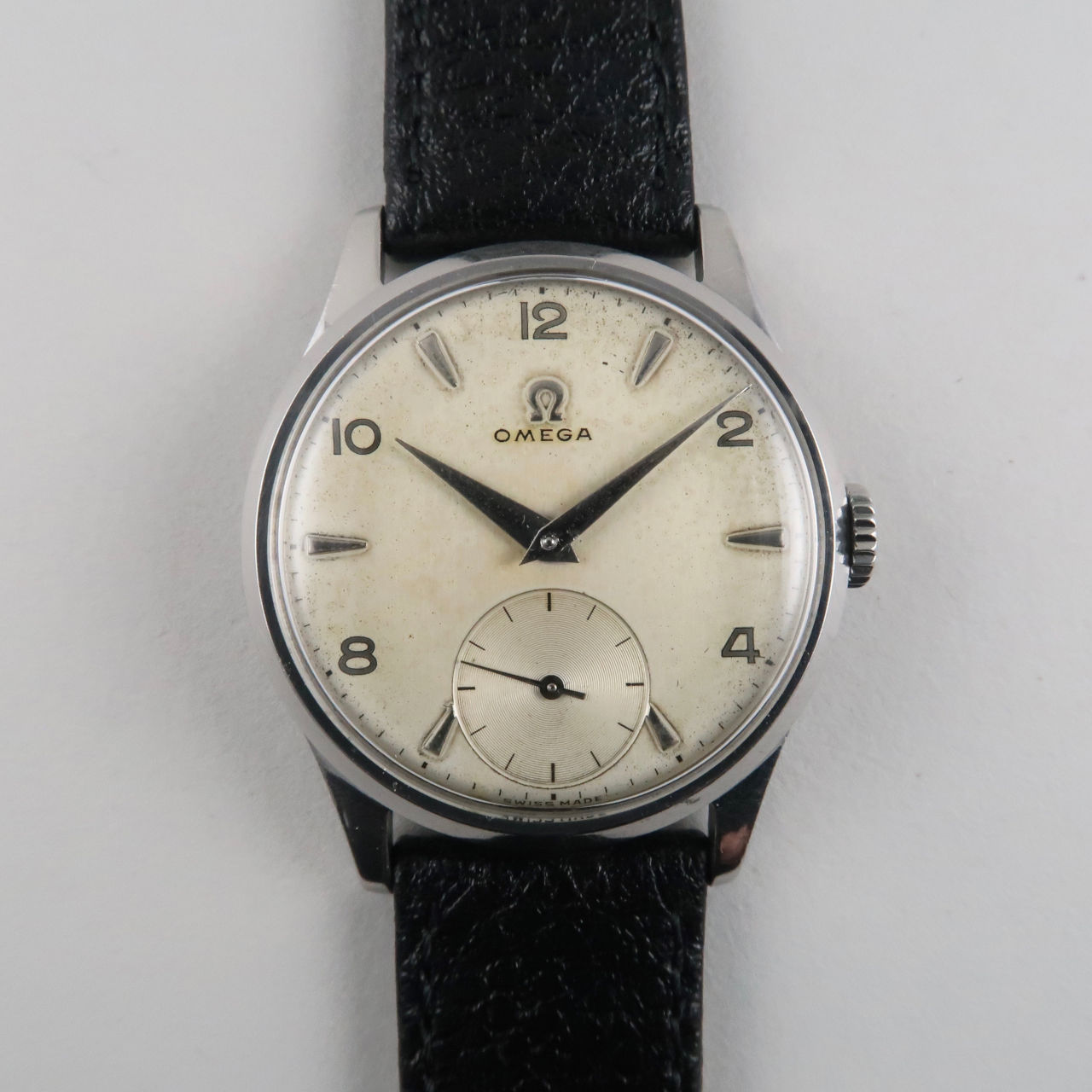 This manually wound Omega model was produced for the UK market. The dial has a combination of silver foil Arabic numerals which are interspersed with raised triangular indexes and there is oxidation and patination across the surface. The steel case has light scuffs and scratches from wear. Manually wound, the watch is powered by Omega’s calibre 265 which is from the manufacturer’s highly regarded ’30’ series. 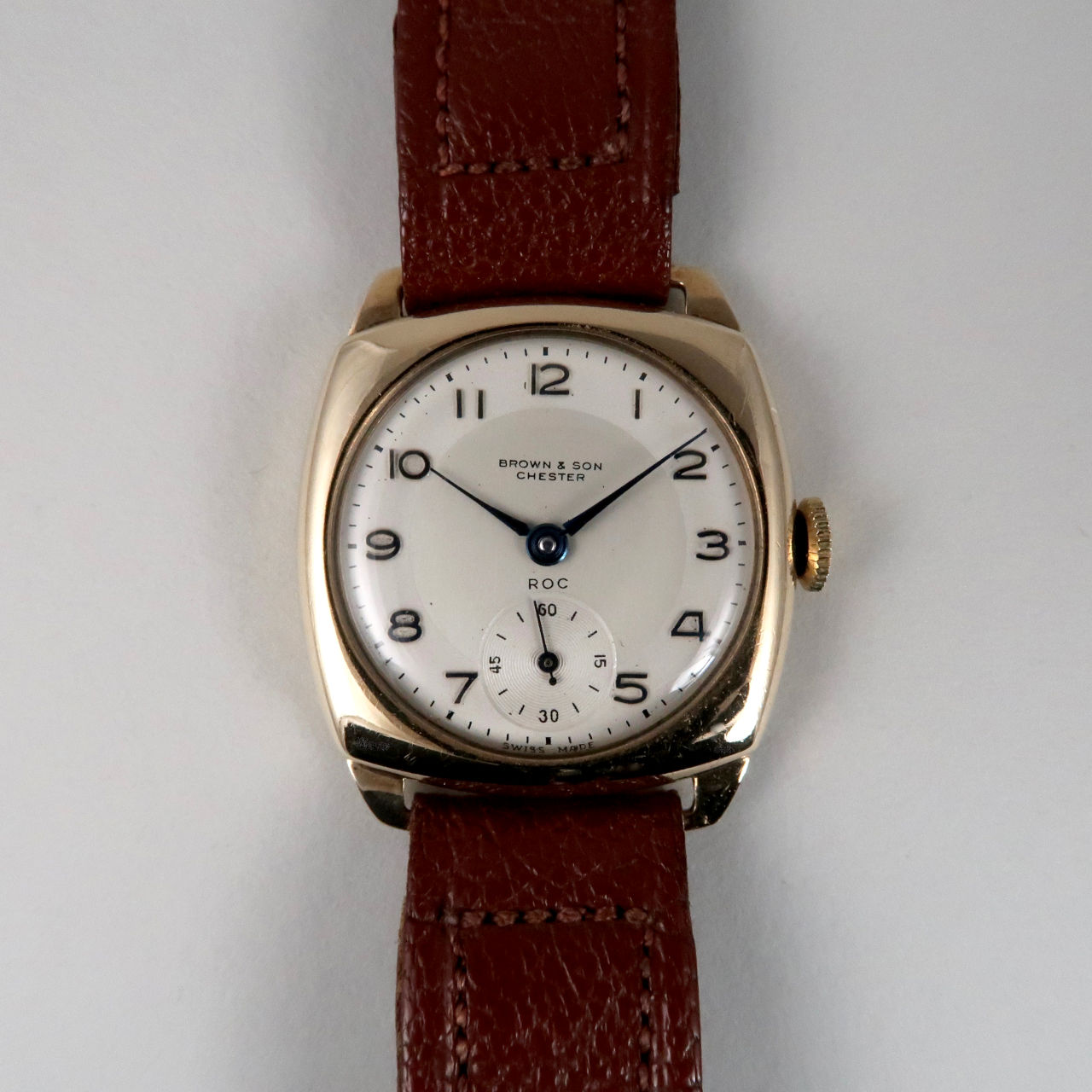 This cushion-shaped wristwatch has a very handsome two-tone dial with raised Arabic numerals and an engine-turned subsidiary seconds dial. Kathleen Pritchard notes in the second volume of her work, Swiss Timepiece Makers 1775-1975, that ROC was a sub brand which the Swiss watchmaker Zenith’s UK arm, Zenith Watch Co. (Great Britain) Ltd., imported into the UK during the 1950s and 1960s. The watch has a lovely two-tone dial which is detailed for the retailer, Brown & Son of Chester. There is a presentation engraving to the outside case back. 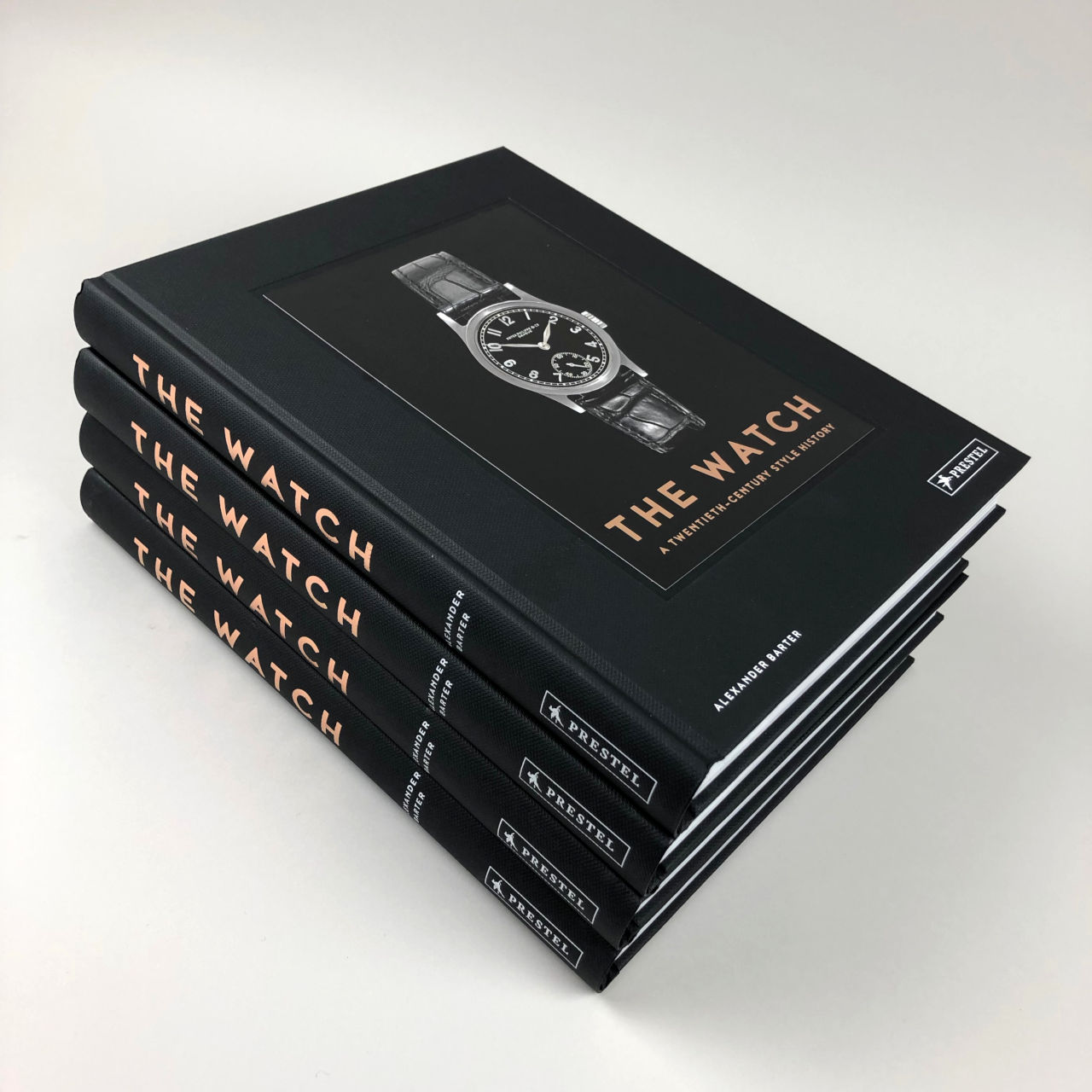 The Watch: A Twentieth-Century Style History

My book – “The Watch: A Twentieth-Century Style History” has now been published and you can buy signed copies via our website. Extracts from some of the reviews received so far include:

“This is one hell of a classy way to learn watch history – more than a visual treat, author Alexander Barter backs up the horological eye candy with insight and substantive context” – Gear Patrol

“a must for any horophile” – The Jackal