To coincide with the Ludlow Fringe and the Ludlow Art Trail that forms part of the fringe festival we are hosting a small exhibition of 22 framed original artworks by a cartoonist called Jeeves. 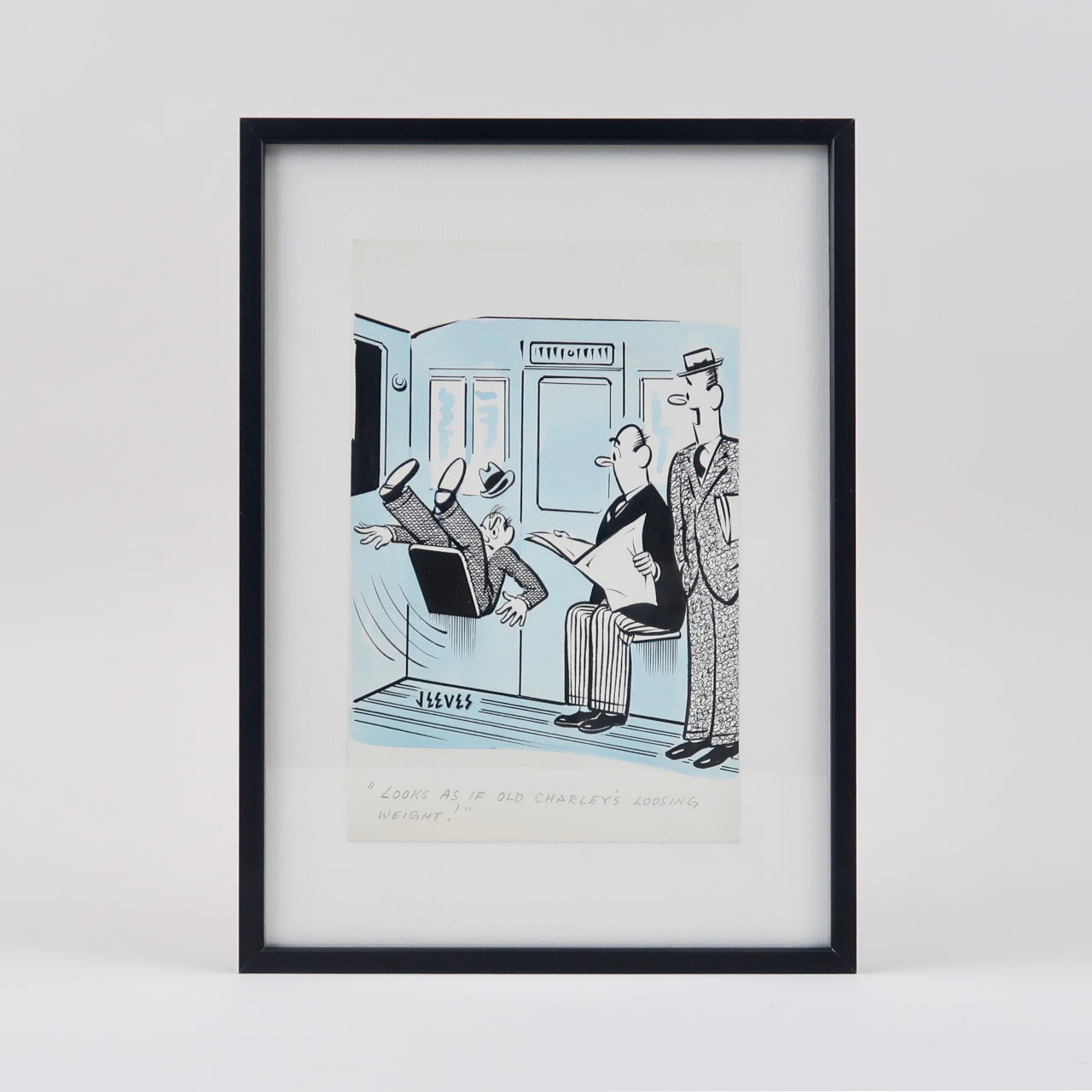 We have drawn a succession of blanks when trying to identify who Jeeves was or for what publication he was making cartoons. The majority of the artwork that we have has a sticker on the reverse which indicates that it was made at the Elgin Studios, New Court, WC2. 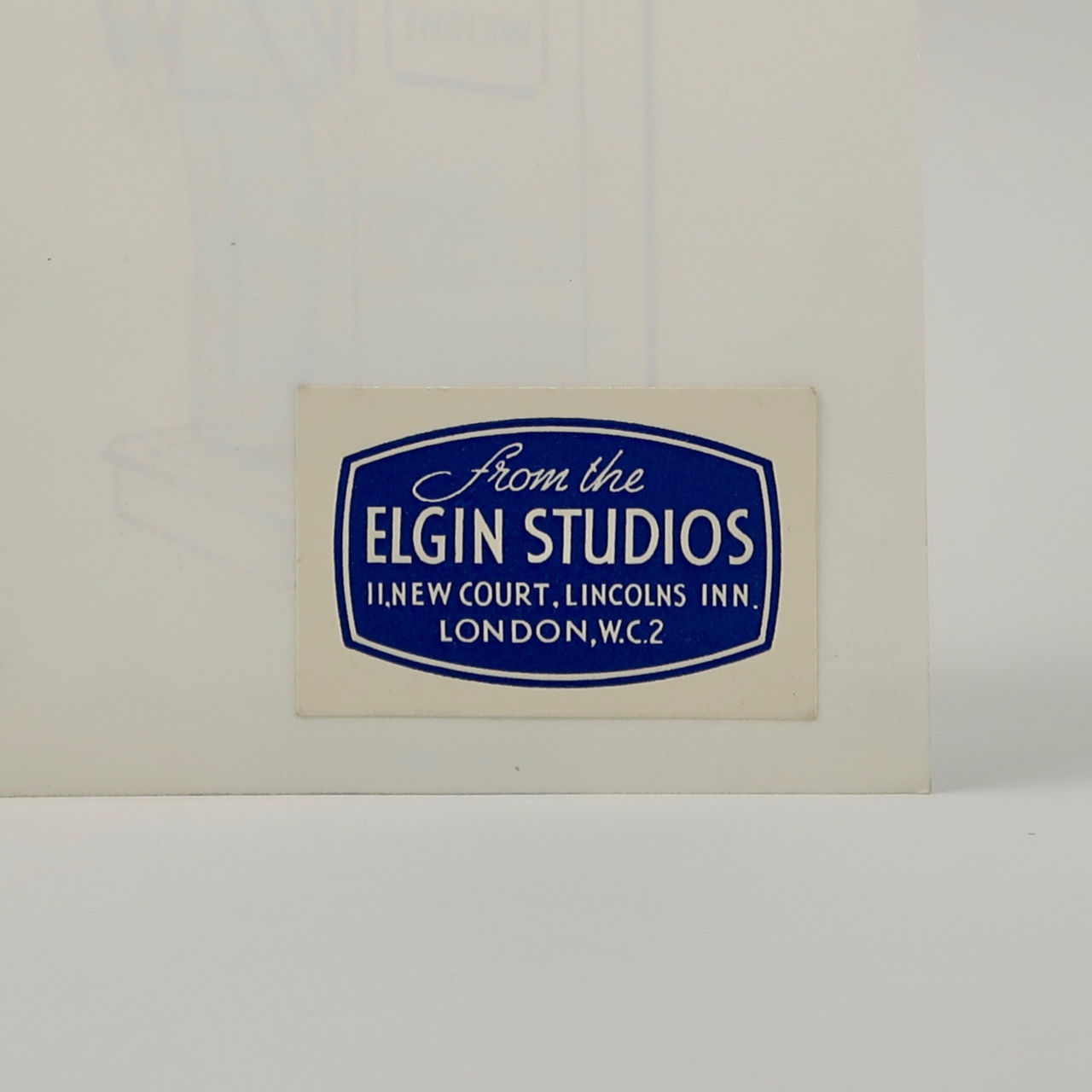 Initially this address didn’t help – it doesn’t come up on a search of the street network that makes up modern day London, however Sian had the brilliant idea of looking the address up on the London Bomb Damage Maps made by the GLC over the course of the 2nd World War and New Court appears on those maps. It sits just to the North West of Fleet Street which reinforces the idea that these cartoons were made for the National Press.

From the style of the cartoons and of the dress in them we believe that they date from the late 1950s or early 1960s. The blue wash that appears on the artwork was a device used by cartoonists to show where the half tone greys should appear. At the time the artists were not able to indicate this in grey because the job of setting out the half tones was done by the printers and the printers union were very keen to protect their workers control of this part of the process.

Our exhibition of these pieces runs for two weeks from Friday, June 21st until Friday, July 5th.

The pieces will be available to buy online and in the shop from Friday June 21st. 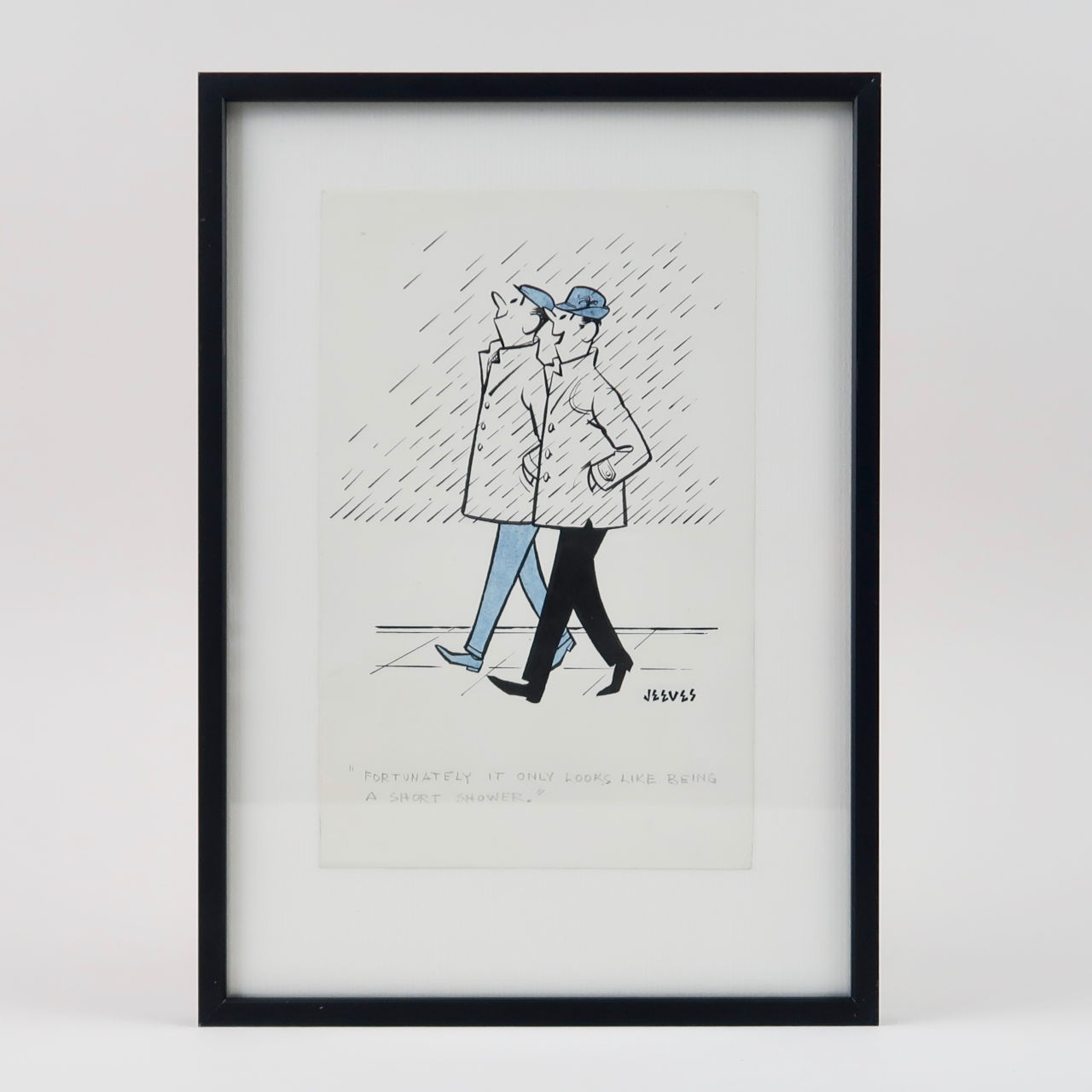 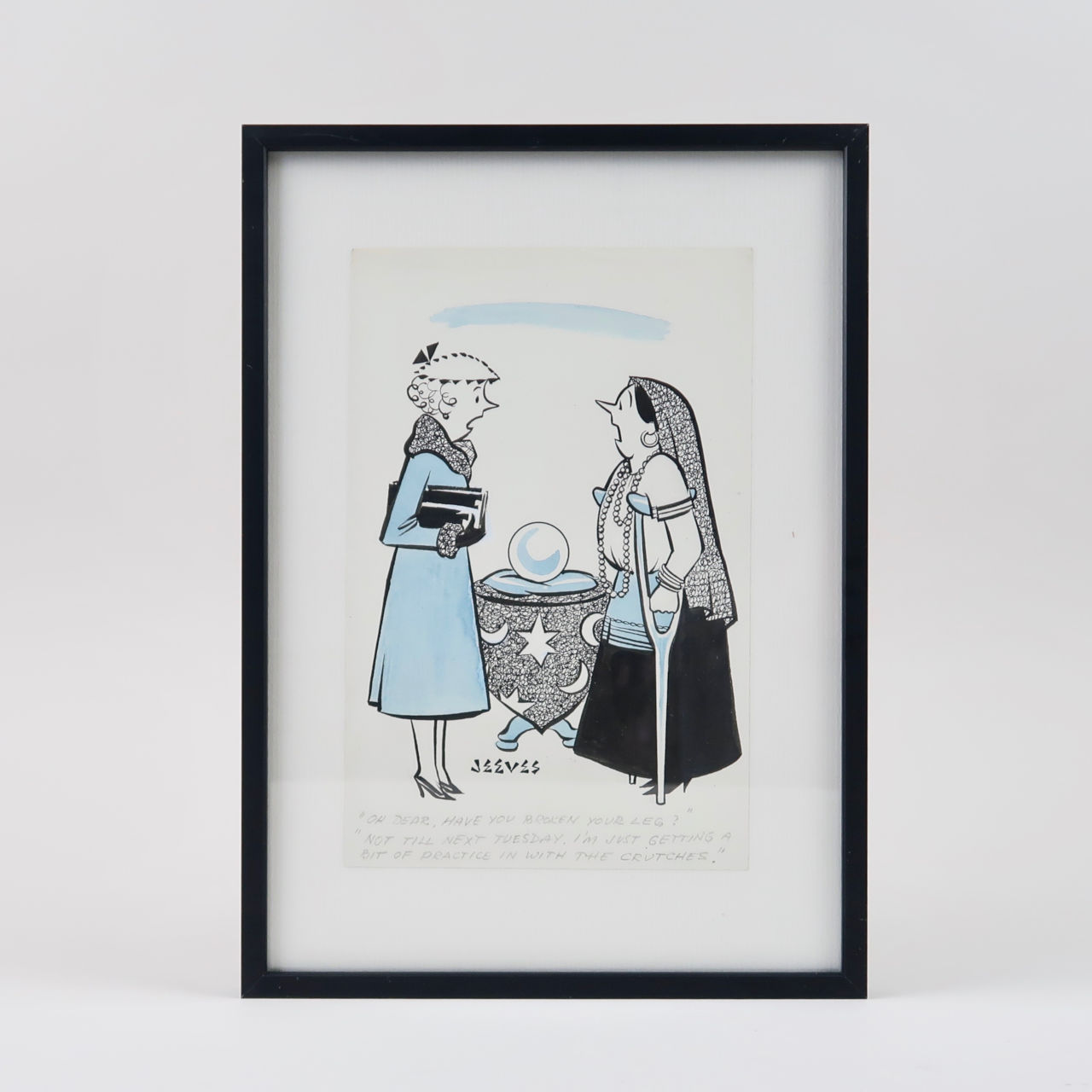 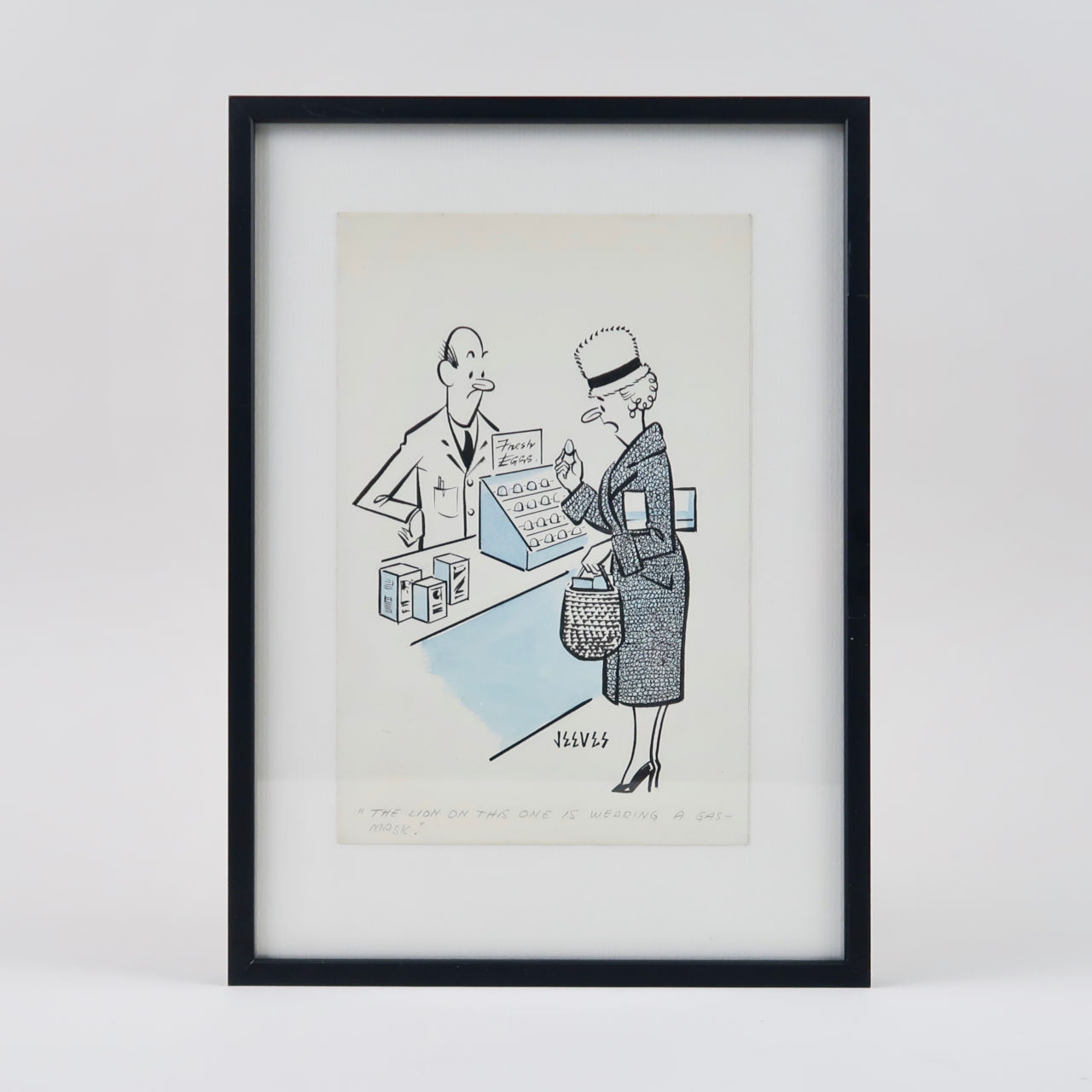 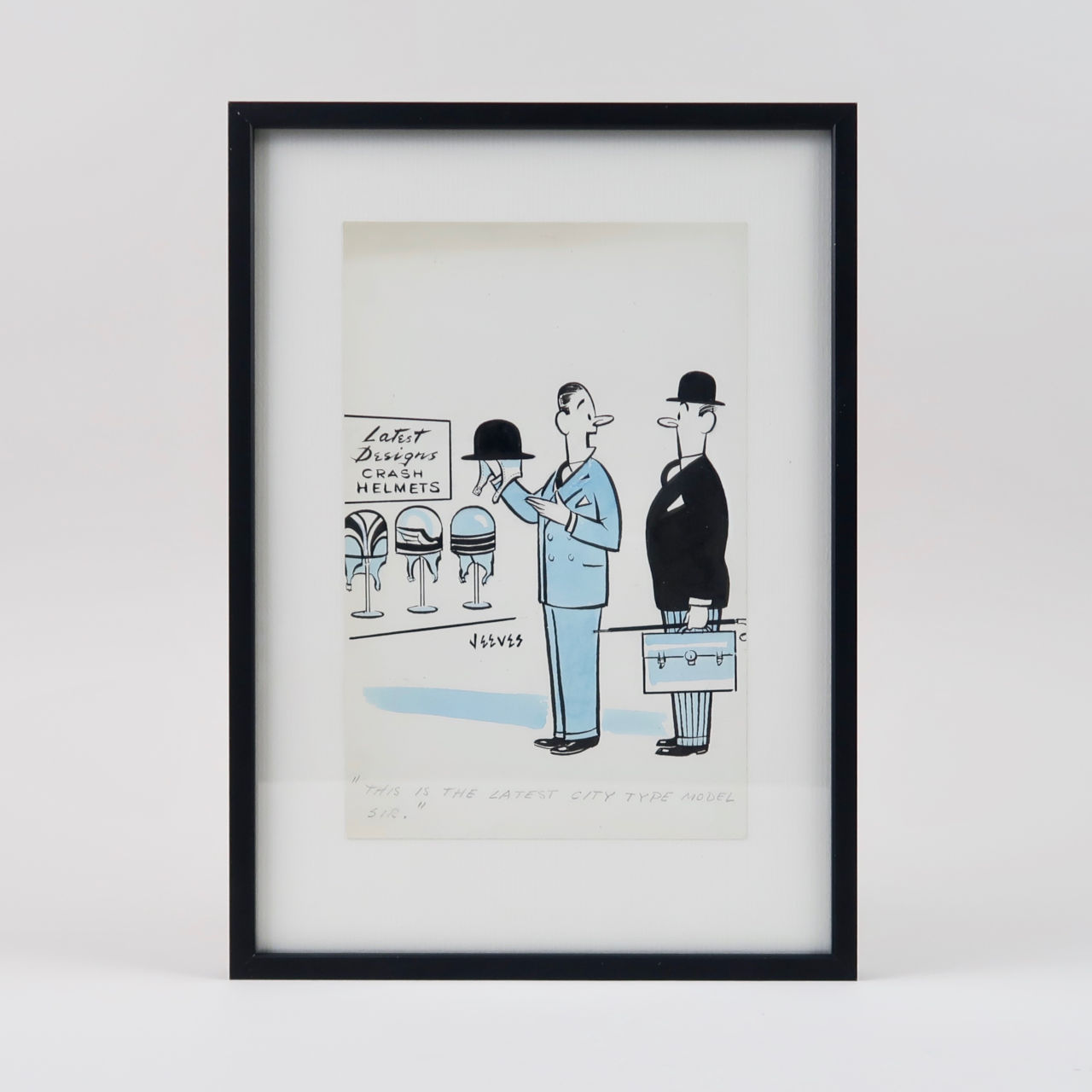