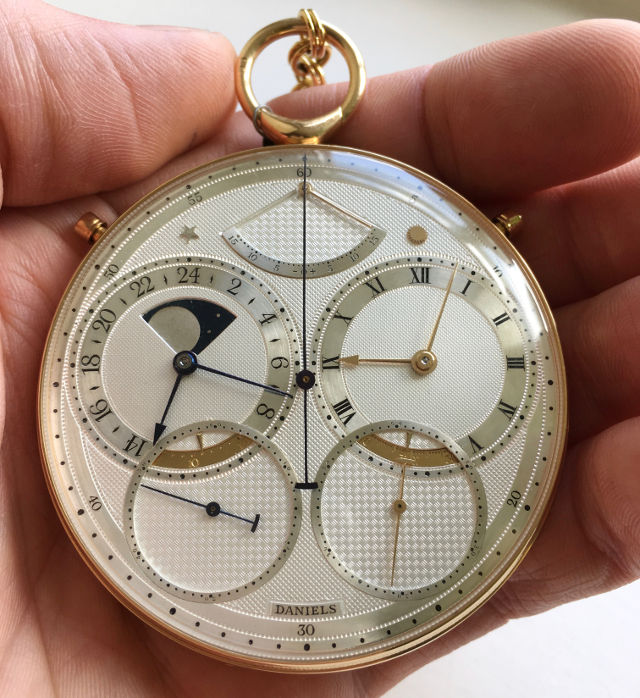 Holding one of the most important watches made in the 20th century is a big deal for a total watch fanatic like me. So just prior to its auction at Sotheby’s London, on 19th September 2017 with an estimate of £1.2 to £1.8 million [it finally sold for £3,196,250], I had a final viewing of George Daniels’ iconic Space Travellers’ watch and took the opportunity to photograph and video the watch in action.

Apart from its immense mechanical complexity, it is quite simply one of the most beautiful and aesthetically pleasing watches ever made. It’s astonishing to remember that George Daniels made his pocket watches entirely by hand, designing his movements and escapements himself and making almost every component, right down to the tiniest screws. To conceive and build a watch such as this is almost unimaginable. Viewing the movement in my hand I tried to put myself in the mind of the master, just to imagine the incredible sense of…let’s face it…brilliance he must have felt, looking down at his own creation. 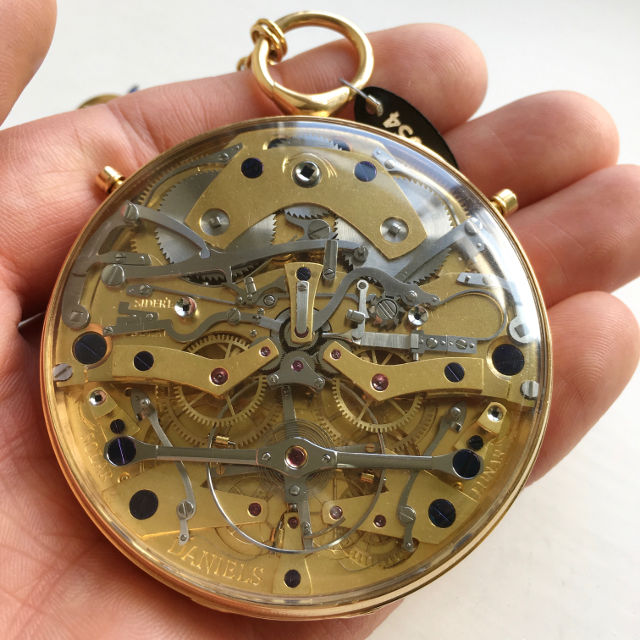 Made in 1982, the watch has two trains and Daniels’ own independent double wheel escapement. There are two dials to show both mean-solar and sidereal time, there’s also apertures for moon-phases, moon-age, annual calendar and sector for equation of time. In brief, mean solar time is the standard time shown by watches and clocks, sidereal time is that based on the amount of time it takes the Earth to make two consecutive transitions of a meridian by a fixed star. The difference being 3.555 minutes per day. This watch makes the calculations for you. What is particularly amazing is that the chronograph function can also be switched between sidereal or mean solar recording – as George used to say to people:

“when you are on your package tour to Mars you need a watch like this, and when using the telephone  for long distance calls, you can switch the chronograph to sidereal time to cut your bills by 3.555 minutes per day.“ George Daniels

Viewing the watch in action is mesmerising, the two independent subsidiary seconds hands power away and the chronograph seconds hand jumps with a precise staccato motion as soon as the chronograph pusher is activated. Turn it over and the glazed back means you are immediately immersed in horological heaven.

And who would buy a watch like this? Well frankly, with a spare million or so, who wouldn’t? 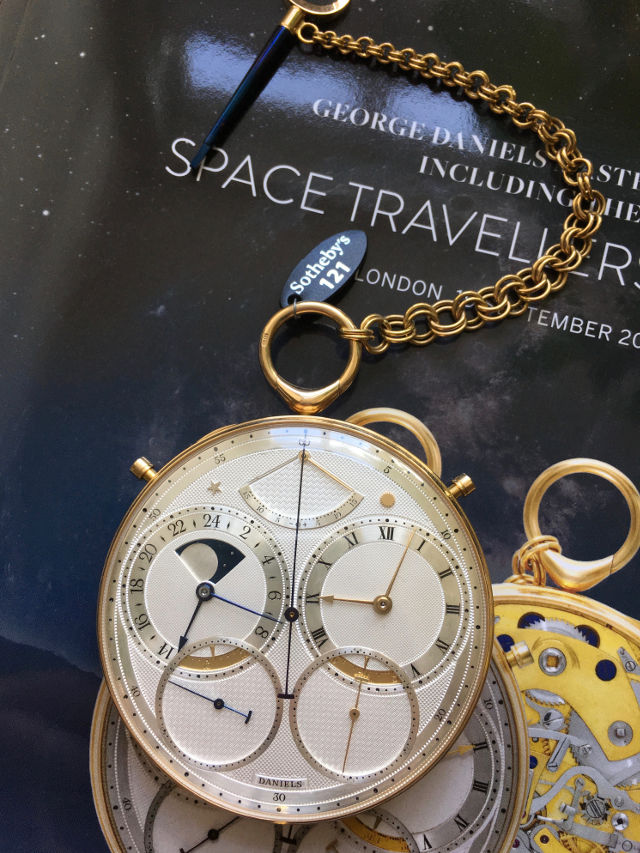