Alex was recently asked to contribute to a Financial Times article that focussed on travel watches, or purse watches as they are sometimes known, that appeared in the How To Spend It section of the paper on Saturday, May 13th.

“Wristwatches were met with a lot of resistance when they were first introduced at the end of the 19th century,” explains Alex Barter, vintage watch specialist at Ludlow store Black Bough, “not least for their perceived vulnerability. For a period of time between the wars, the travel watch” – with shutters that closed around it – “was a viable alternative. Lots of money was pumped into advertising them, especially by Movado, which was the main creator in the 1930s and 1940s.” The Swiss maker patented its sleek Ermeto design in 1926 and it remains highly collectable. Andy Warhol owned six different models during his lifetime, and versions can be found with gold, silver, crocodile-skin or lacquer cases. 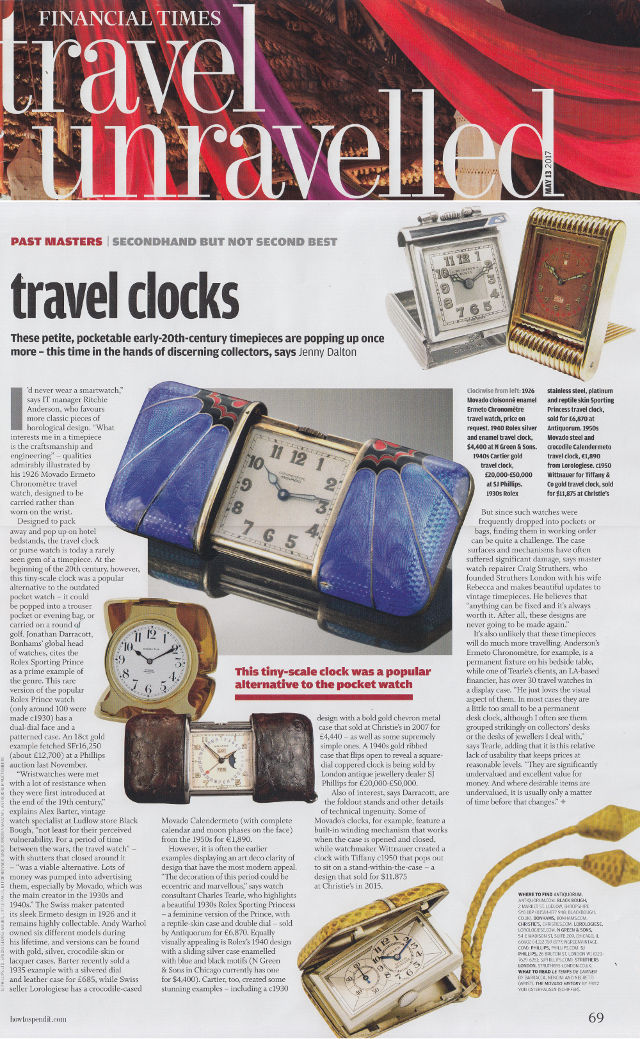